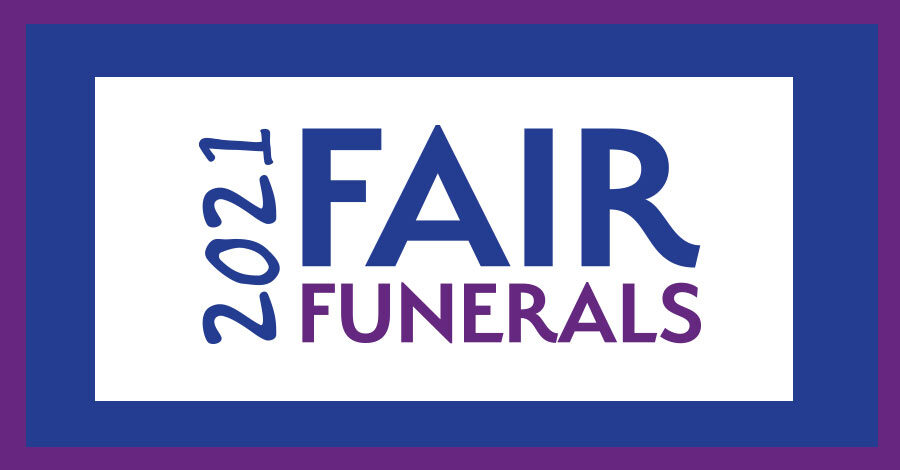 We are pleased to have joined the national campaign to tackle funeral poverty and pledged to provide a fair deal for local people on low incomes.

Funeral poverty exists when the cost of a funeral is beyond a person’s ability to pay. One in seven people now experience serious financial difficulty when paying for a funeral and the cost of dying has risen ten times faster than the cost of living. Over the past ten years the cost of a basic funeral has more than doubled – from an average of £1,920 to £3,897.

At the same time, the grant from the state, available to people on very low incomes has dwindled. It now only covers around 35% of the overall cost of a funeral. Often people don’t find out whether they are eligible for support for a month, by which time they have had to commit to funeral costs having no idea if they’ll get any help towards them.

Buying a funeral can be expensive and confusing. Bereaved people don’t often make savvy consumers, and our squeamishness around discussing death and money can mean we have very little awareness as consumers about whether a price is fair and reasonable. There is a lack of clear, comparable information about prices which make an already stressful, disorientating time worse for people. And there are big differences in what funeral directors charge.

White Rose Modern Funerals have signed up to the Fair Funerals pledge to help tackle this problem.

We believe funerals should be affordable for all and that funeral costs should be more transparent. There is no reason why funerals have to be expensive and lower cost options should always be offered up front. As a direct cremation specialist, at White Rose Modern Funerals we help our clients minimise the unnecessary costs, whilst ensuring a beautiful and meaningful way to say goodbye. 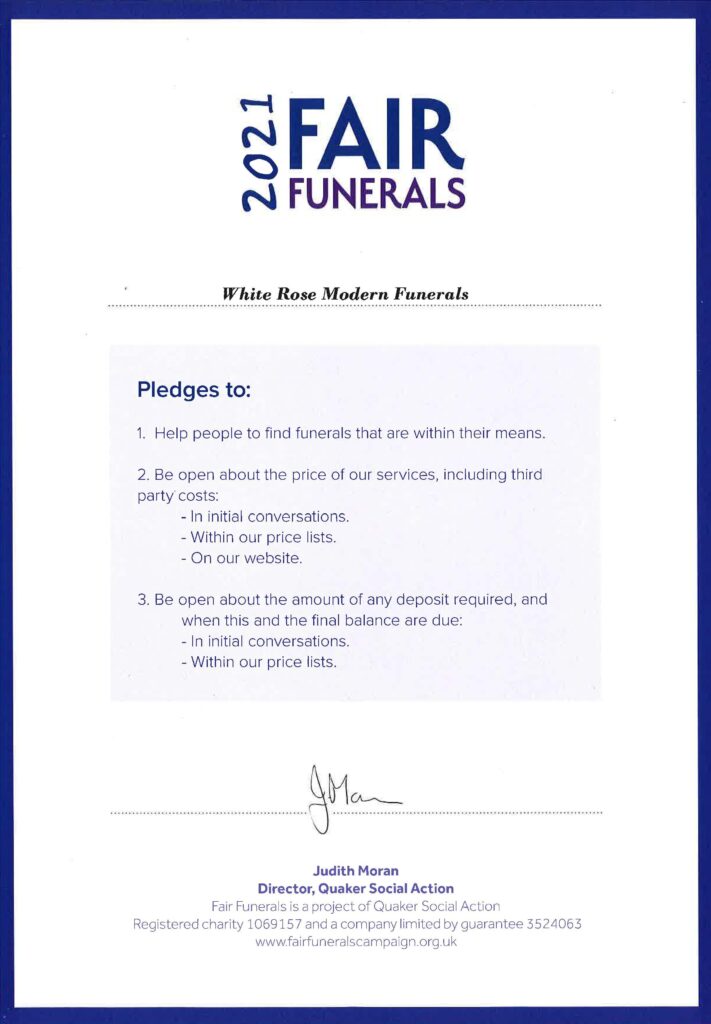 The Fair Funerals pledge has been launched by anti-poverty charity Quaker Social Action. QSA run Down to Earth, a project supporting people on low incomes to cover the cost of a funeral. Their Fair Funerals campaign is working with government, charities and the funeral industry to tackle the growing problem of funeral poverty.

Previous PostA low cost funeral in London
Next PostWhat is a Direct Cremation?